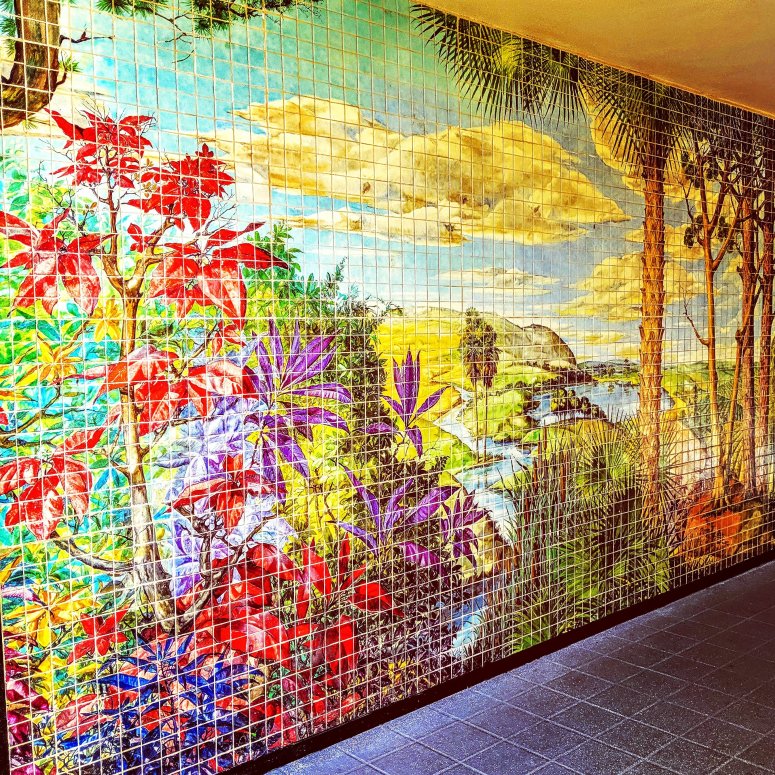 This is the Andres Bank Mural by Antonio Martinez Andres that was painted in the 1950’s. It is a 20 foot long tiled mural at Lake Concord Park in Casselberry. It’s located in a City Hall outside breezeway.

The tiled mural was carefully moved by numbering, photographing and cataloging each piece. It took 2 years for the artist Ulysses Mora to restore the mural. Many artists in the community came together to help preserve this artwork for many future generations to enjoy.